The 1960s was a decade in which the children of the post-war era began reaching maturity and exerting their influences and ideologies onto mainstream America. These influences were reflected by large-scale protests and public demonstrations against conscription, the Vietnam War and established rules and restrictive morals. They campaigned for independence and equality of women in the workplace, fairer wages, a free accessible system of education.This was the era of extraordinary popularity for the US singing star Elvis Presley and the British band the Beatles who made their historic appearance on the Ed Sullivan Show in 1964.

The youth generation evolved as a strong market to determine the direction of popular culture. 70 million children from the post-war baby boom became  teenagers and young adults.  The movement away from the conservative fifties continued and eventually resulted in revolutionary ways of thinking and real change in the cultural fabric of American life.  No longer content to be images of the generation ahead of them, young people wanted change. The changes affected education, values, lifestyles, laws, and entertainment.  Many of the revolutionary ideas which began in the sixties are continuing to evolve today. 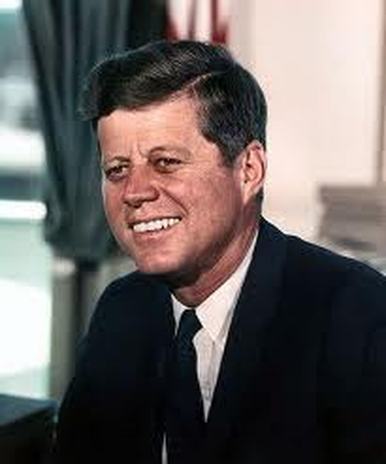 The Late President John F Kennedy
The 1960s remain a controversial decade. Critics argue that the era created the welfare state, bred a culture of immorality and self-indulgence, and bequeathed to America’s taxpayers an enormous burden. Its defenders, on the other hand, argue that the decade left America’s political and social institutions more just, and its culture more healthy. John F Kennedy before his assasination in 1963 was encouraging all the youth to build a new America. The 1960s did create a new America. The question is, was “new” better? It was the apex of  innovation and experimentation throughout our culture. The sixties gave way to some of the best and most memorable  television that we still enjoy today. Who can forget such great shows as The Andy Griffith Show, Gomer Pyle USMC, Petticoat Junction, and Gilligans Island, and of course the crime dramas like Dragnet, and Adam Twelve. It was the decade of Star Trek, and the Twilight Zone. Hollywood was about to break new ground in film making as motion picture films began to deviate from the safe practices of the past venturing into more controversial subject matter, and the youth generation was providing the perfect backdrop.

Then there was the music. The sixties was probably one of the most explosive years for music as any decade to date. It was the era of the british invasion with The Beatles, and the Rolling Stones. CSNY, and The Mamas and the Papas. There was the Motown explosion that produced such great acts as The Temptations, Ike and Tina Turner, and The Supremes. Country had it's fair share of talent in Tammy Wynette and Johnny Cash. The decades music became the soundtrack for the times and for it's generation of youth. A generation that was comitted to understanding and peace, but the times would be anything but peaceful. 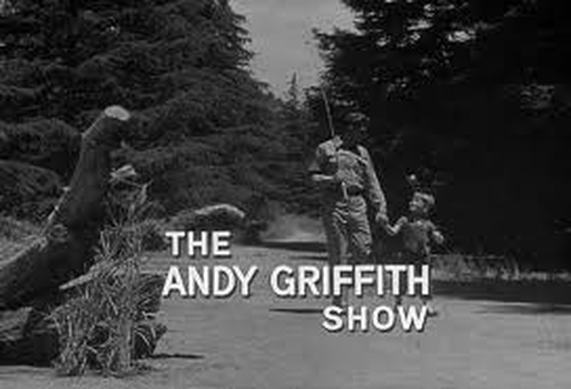 The Sixties Hit TV Series The Andy Griffith Show
As America was trying desperately to cope with the death of it's president John F Kennedy the new leader Lyndon Bains Johnson announced to the public "I will not send American boys ten thousand miles around the world to do a job that Asian boys should be doing for themselves" That was just one year before Johnson would send the air mobile division into the Ia Drang River Valley which would cast the die for Americas involvment in the ten thousand day war raging in Vietnam. The streets of America as well as college campuses became war zones themselves on the homefront as angry students and civillian protestors clashed with government authority on their displeasure with the constant wave of flag draped metal coffins returning from a war nobody understood.

Through all the chaos the United States made a quantum leap into the space age as the first steps on the moon would be made by Neil Armstrong of Apollo 11 on June 20, 1969, but just as every year had it's high points it would also have it's catastrophic lows. As 1969 was coming to a close a nation watched in horror from it's televisions as the trial of one man took centerstage, and effectively brought on the bloody demise of the peace and love movement. In Los Angeles California a little hippie like figurehead named Charles Manson stood accused along with four others in the brutal ritualistic slayings of movie actress Sharon Tate and four of her houseguests on August 8, 1969. The carnage would follow through to the next night as two more people were killed in the same fashion in the Los Feliz section of Los Angeles. The killings became known as the Tate-Labianca killings. The trial would carry on until January of 1971 when all four were convicted and scentenced to die in Californias gas chamber. The Sixties effectively died with these killings. 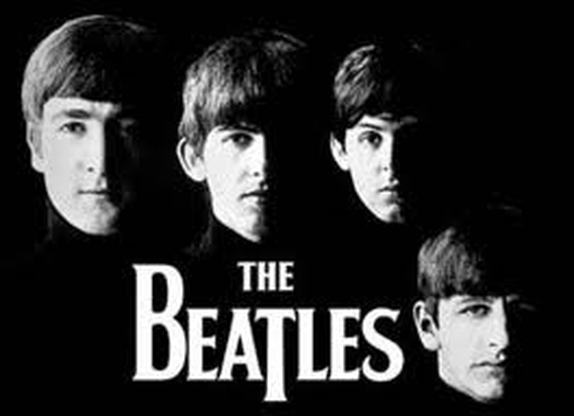 The Beatles from 1964
As the sixties began in the sleepy milltown of Kannapolis, coach Ed Edmiston and his Little Wonders were about to boldly go where no Wonder team had gone before. In keeping with the Star Trek theme The Little Wonders would complete a stellar regular season going 9-0-1 qualifying for the Southern Division Championship of the old WNCHSAA. The Wonders would then defeat the Mooresville Blue Devils 26-0 sending them to the WNCHSAA championship. The Wonders would tie the Hickory Red Tornados to take home a share of the title finishing the season at 10-0-2. Stars of the 1960 team would consist of athletes such as Ronnie Barlow, Lanny Teague, and Wesley Grant. The following year in 1961 the Little Wonders would go the opposite direction unable to recapture the magic they had produced in 1960. During this time the big names for the Little Wonders would be athletes like Gerald Hilton, Billy Beard, Luke Blume, and Harry Greene. 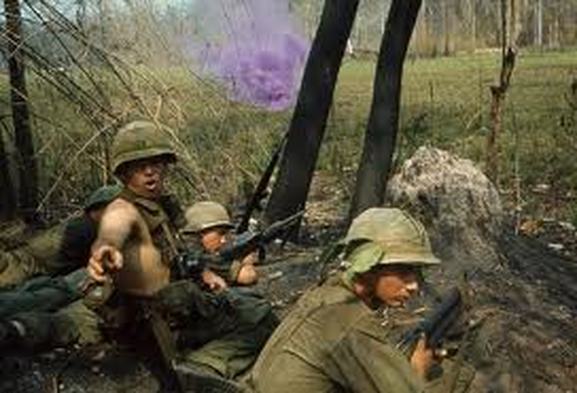 Soldiers in Vietnam in 1967
The sixties dragged on in very lack luster fashion from 1961 to 1965 with the Little Wonder only being able to produce at best back to back 5-5 seasons in 1963 and 1964 Some of the stars of these years would be athletes like Gerald Hilton, Billy Beard, Luke Blume, and Harry Greene. The Wonders would also transition to a new head coach in Roy Boyles who took over after Ed Edmiston stepped down after the 1963 season. 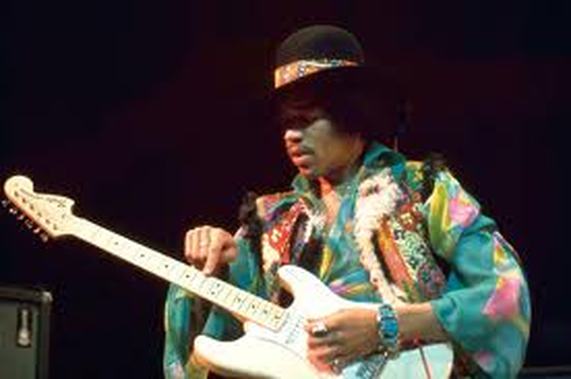 Acid Rock Guitarist Jimi Hendrix
The Little Wonders would fair a little a little better in 1966 finishing the season at 8-2 yet still unable to find victory in the season finale with the Concord Spiders. Losing to Concord had become a big problem in the sixties and folks were beginning to get very antsy when Concord week approached. 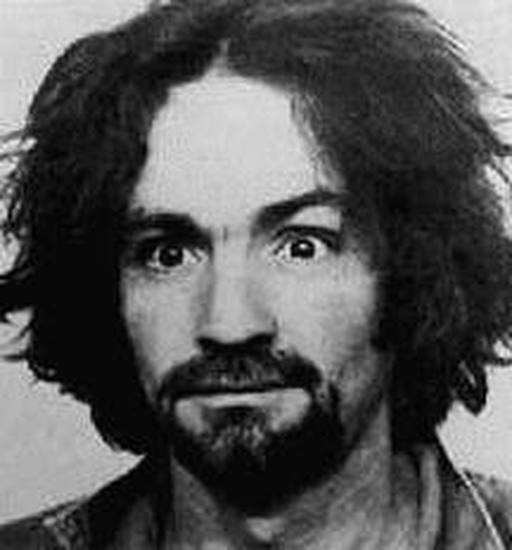 Hippie Cult Leader and Convicted Mass Murderer Charles Mills Manson in 1969
The 1960's Scrapbooks are a collection of archival newspaper articles and photos that document some of the memorable moments of Wonder football from 1960 to 1969. The actual scrapbooks from which this material was obtained were from scrapbooks created by staff members of the Kannapolis City Schools Central Office. These scrapbooks were maintained at the central office building for many years from the early seventies until the late 2000's after which they were donated to the Kannapolis Rotary Club for it's historical preservation society. I was led to these books by former superintendent of Kannapolis City Schools Dr Grier A Bradshaw in early 2012. The Rotary Hall Historical Preservation Society was gracious enough to allow me access to these books to scan and publish on Friday Nights in K-Town.

The sixties scrapbooks are look back into Wonder football during this turbulent yet ground breaking era. This decade would ultimatley be tagged as the decade the Wonders could not find the answers to the Concord Spiders having defeated the Spiders only once in 1960. Most of these young Wonders would live a life of fear for many years wondering if their number would come up in the draft which would most assuredely send them to Vietnam. This is a look back at a decade that for the most part was tough for the Little Wonders. A let down of epic proportions fell upon the group after their stellar outing in 1960 and it would take sometime yet to come before the magic could be recaptured. So put on your tye dyed shirt and peace button and get ready to step back to the decade of Wonder football where it was all Peace, Love, and Football!   (The Editor) 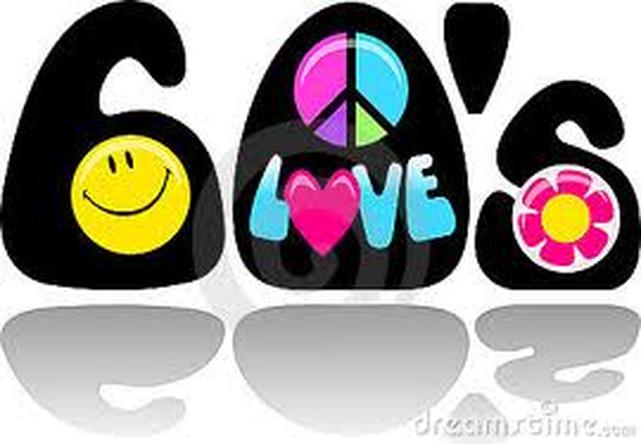