The Seventies, a decade of inflation and turbulence. A time when middle America began paying a heavy price for the freedoms it indulged in during the sixties. The seventies was also a study in contrast. The Brady Bunch, and the Watergate Five. Presidential privilege, pardon, and peanuts. Earth Day and the EPA. Peace with honor, Big Mac with fries. Bell bottoms and halter tops. Walking on Earth Shoes. Running on empty as Jackson Brown would say .Within the realm of science and energy, the defining events of the 1970s were  oil shortages: first in 1973, then again in 1977. Waiting in long lines for  short supplies, many Americans realized for the first time how central a role energy played in the good life, and how vulnerable some forms of energy are to political agendas. Thus began, after the Mideast oil embargo of 1973-74, a rush  to diversify America's energy base and to reduce U.S. dependence on imported  oil. 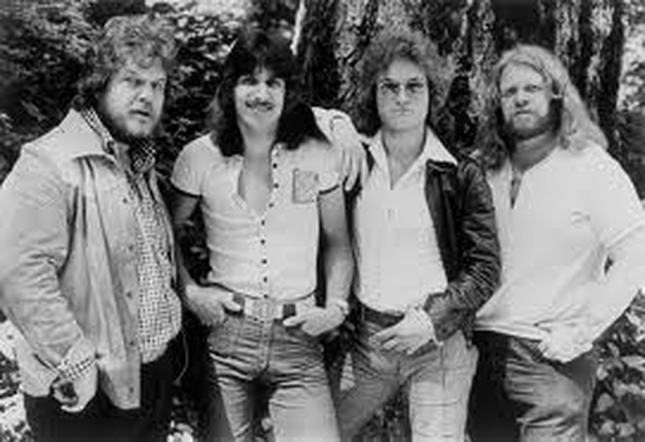 Canadian Rock Band Bachman Turner Overdrive
After ten years of american involvment in the conflict raging in Vietnam, the war came to a close in 1975 with the fall of Saigon and the unconditional surrender of South Vietnam on April 30, 1975. The following year, Vietnam was officially declared reunited. 58,000.00 American lives were lost by 1975 and many more unaccounted for leaving an entire country asking why? All the porch lights were turned on in Kannapolis the night the war officially ended, but the scars would never heal.

The seventies proved to be a time of great experimentation and innovation especially in the entertainment industry. Who can forgat the great film releases of the era such as The Godfather, Papillion, and Paper Moon. The great prime time shows like Charlies Angels, The Six Million Dollar Man, The Streets of San Francisco, and Barnaby Jones. The classic sitcoms like Good Times, Happy Days, and Sanford and Son. The Brady Bunch and The Carol Burnette Show. Though money was tight in most homes in middle america unity within the family grew tighter and family traditions played an ever increasingly important role in maintaining sense of normality within our social structure. 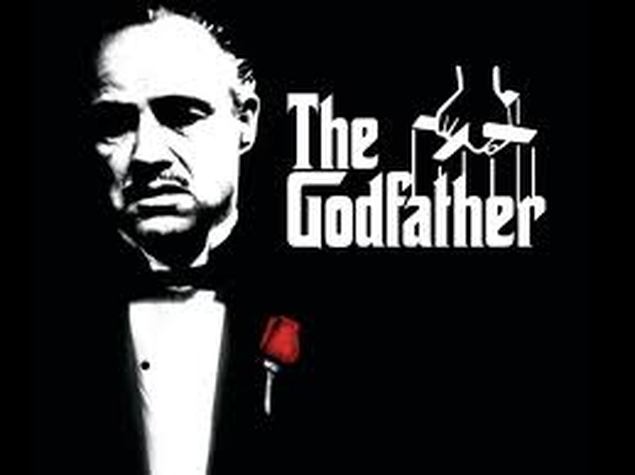 Francis Ford Copolla's 1973 Release The Godfather
In Kannapolis one of those traditions was going to the Friday night football games to watch the Wonders of A.L. Brown High School go to battle. The football team gave people something to rally around for at least one night a week while the trials and struggles of normal everyday mill town life went on the other six days of the week. As 1970 began The Wonders were looking at nine straight years of losing to their arch nemesis the Concord Spiders, and 1970 wouldn't fair much better as they would drop yet another battle to the Spiders 13-11. Ten years of humiliation was a hard pill to swallow.1970 would be the year of athletes like Danny Hamrick, Keith Garver, Bobby Trott, Ronnie Teague, Donnie Hamrick, and Chris Leebrick. The 1970 Wonders would finish the year 6-4 with several veteran standouts returning for the 1971 campaign. 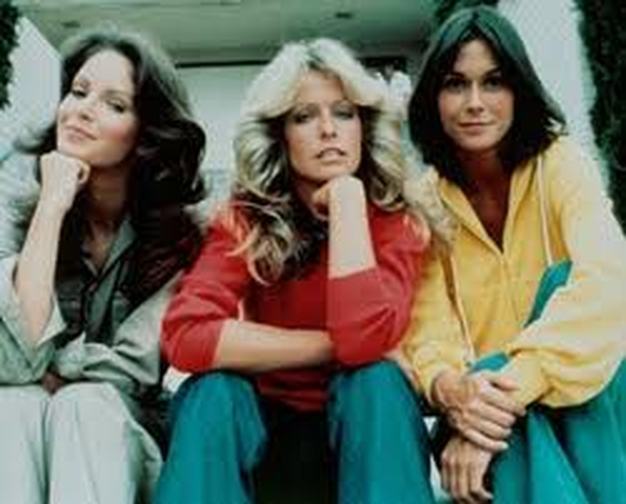 1971 would prove to be a defining year for the Little Wonders as fortunes would change with the arrival of coach Will Campagna. Campagna was a fiery little italian who had one purpose in mind for his Wonders and that was to win. First and foremost one loss to the Concord Spiders is bad, but ten was unacceptable and eleven was not an option. So would come the night of the Giant Killers as the Little Wonders on a clutch kick from Billy "The Toe" Krimminger would snap the ten year draught to the Spiders with a 10-7 squeaker. The win would also qualify the Little Wonders for their first post season playoff game since 1960. The Little Wonders would drop that game to the Hornets of Salisbury Boyden High School 13-10. The 1971 Little Wonders would finish the year at 7-3-1 This would usher in the years of athletes such as Lacy Brumley, Tim Davis, Terry Cunningham, Vernon Grier, Joey Roseman,  John Tuttle, Tim Roseman, Fletcher Moon, and many others. 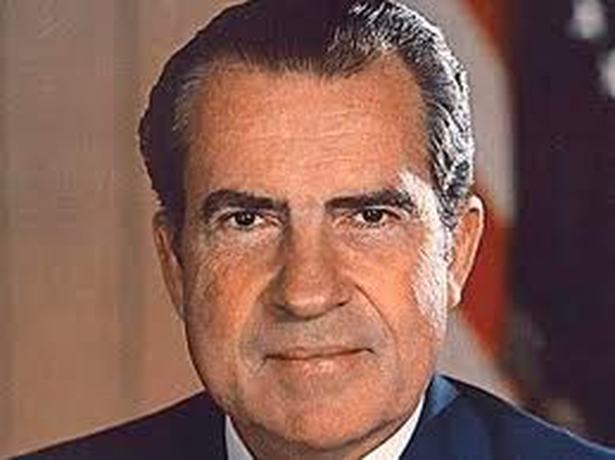 President Richard Milhouse Nixon who resigned shortly after the Watergate Scandal in 1975
The 1973 and 1974 seasons would come and go with the Little Wonders finishing 7-2-1 both years before lean times would begin in 1975 and follow the Little Wonders through 1977. after the 1973 Season came to an end coach Will Campagna would step down and assistant coach Rober "Lope" Linder would take over through the 1975. The 1975 season would be the the beginning of a three year downward spiral as the Little Wonders struggled to find cohesiveness amongst themselves. During this period the Wonders would boast such impact players as Danny Jenkins, Dale Fink, Tony Pethel, and Joey Roseman.

1975 would see the Wonders finish 4-6 for the first losing season in the seventies. Wonder nation would grow impatient for change and at the end of the 1975 season Lope Linder would step down as head coach of the Little Wonders which ushered in the Bob Boswell era. Boswell came to Kannapolis as a former assistant coach under Lou Holtz at North Carolina State University. Seeking to get back into head coaching at the high school level Boswell was approached by the superintendent of Kannapolis City Schools Dr Grier Bradshaw. Several meetings with the coach would ultimatley lead to his hiring in 1976 and the change that would bring the Wonder football program into statewide prominence was in motion. 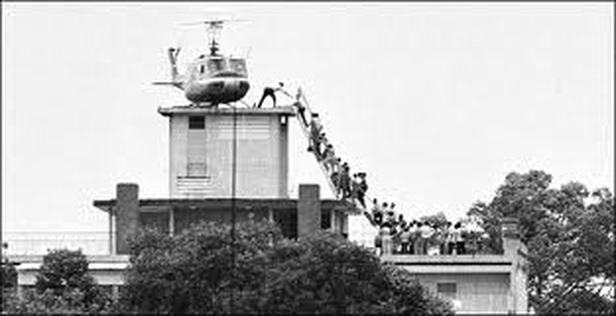 Evacuation of the U.S. Embassy in Saigon in 1975 after ten years of american involvment in Vietnam
In coach Boswell's inaugural year of 1976 the Wonders finished a dismal 2-8 which prompted Wonder fans into mass concern. Most supporters did not understand at the time just how behind the times the program was and that success was not going to happen over night. The Wonders would have to fight through another tough year in 1977 after moving into the Central Piedmont 4A Conference. The Wonders would finish at 3-7 in their first outing into the 4A ranks, but the tell tale signs of improvement were beginning to get noticed. Then in 1978 the Wonders would record their first winning season since 1974. The 1978 Wonders who were led by future stars Ethan Horton, Terry Baxter, Brent Holbrook, and Lance Smith would go 7-3 just missing the playoffs. The wheels of fortune had swung in the Wonders direction, and things would never be the same. The football program in Kannapolis had come full circle and the sky was the limit. 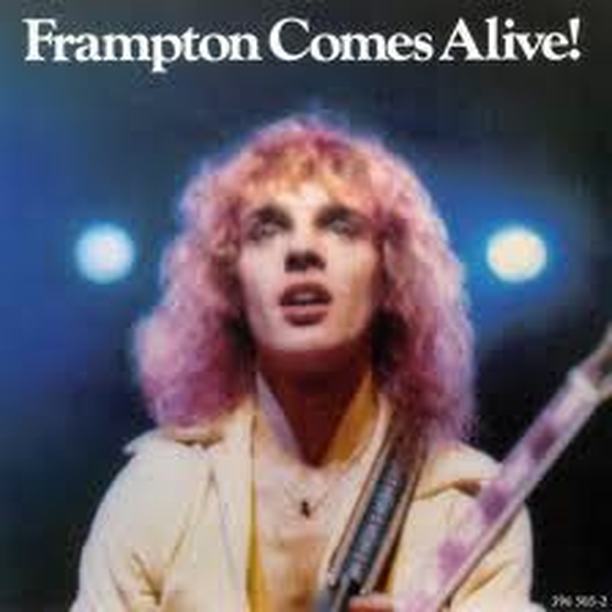 Seventies Rock Guitarist Peter Frampton
The 1970's Scrapbook is a collection of archival newspaper articles and photos that document some of the memorable moments of Wonder football from 1970 to 1979. The actual scrapbooks from which this material was obtained were from scrapbooks created by staff members of the Kannapolis City Schools Central Office. These scrapbooks were maintained at the central office building for many years from the early seventies until the late 2000's after which they were donated to the Kannapolis Rotary Club for it's historical preservation society. I was led to these books by former superintendent of Kannapolis City Schools Dr Grier A Bradshaw in early 2012. The Rotary Hall Historical Preservation Society was gracious enough to allow me access to these books to scan and publish on Friday Nights in K-Town.
These scrapbooks are a look back to this decade of uncertainty, and of success and failure. A time where the ups and downs of the football team mirrored that of life in general. The seventies would be a trial by fire for the Wonders as they would experience the highs and lows and everything in between for three months out of the year. The Wonders would see the lowest of lows finishing 2-8 in 1976 to the highest of highs being ranked number one in the state in 1979. They would experience the thrill of ending a ten year draught to the Concord Spiders in 1971 to a humiliating and demoralizing defeat in 1974. The Wonders would find themselves having to transition between three head coaches during this decade with Will Campagna, Lope Linder, and finally Bob Boswell.

The Wonders would find themselves for the first time in history in 1977 moving out of the South Piedmont 3A conference into the ranks of the 4A classification. No decade in the annals of Wonder football history brought about so much transition and change as the decade of the seventies. It was a whirlwind decade, but a decade with many great memories and plenty of intrigue. So put on your bell bottoms, and break out that halter top and earth shoes for a trip back to the decade like no other.   Enjoy your trip!    (The Editor)